Emily Winslow, with her multiple narrators (reminiscent of Wilkie Collins’ great detective novel of 1868, The Moonstone) has introduced an unusual and distinctive voice into the world of contemporary crime fiction. For Winslow, the story is central, and everyone comes and goes in and out of that story, like characters entering and exiting the stage in a play, each bringing something of their own to bear on the unravelling of the mystery set before the reader. As the title of her first book The Whole World implies, everyone has a part to play, every voice counts, every viewpoint is important, and no one person is the star. 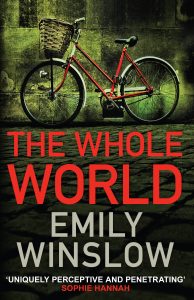 Winslow uses this literary device in order to convey the unreliability of memory, the potential incoherence of differing points of view and the challenging process of piecing together the disparate pieces of a puzzle in order to understand the whole. 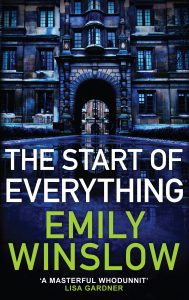 Winslow has said that she does not know the resolution of each mystery before it begins – she participates in the process of investigation as she writes, piecing random facts together, uncovering evidence, trying to make sense of conflicting accounts, working her way towards the resolution alongside her detectives. This makes for a most unusual experience for the reader, who feels drawn into the psyche of the characters, with their “first person” view of the world, their alienation from one another, their cross purposes and failure to connect. 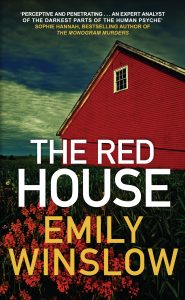 The author’s style unveils a subtle process of layering characters’ innermost thoughts, feelings and memories, gradually building as close to a coherent picture as possible, somewhat analogous to the technique of an artist delicately shading in blank spaces on a sheet of paper, slowly building depth and dimension. 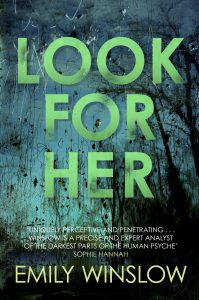 Emily Winslow has certainly established herself, in a genre crowded with talent, as a sophisticated storyteller with her compelling and unsettling books. It is safe to say that no one else out there is writing anything like these books.